Down
Home
Downloads
About
Site Map
Calendars
Decimal Calendar
My Wiki
Messiah's Calendar: What are Decimals?

I have created a decimal calendar. One might ask what do I mean by a decimal calendar. Making things decimal started from the time of French Revolution. They wanted to change everything to a sacrilegious, scientific and inspired by the enlightenment movement in modern philosophy. They knew the most natural and easy type of division and multiplication can be done if all numbers were in radix or base of ten, using only ten symbols for counting, based on the fingers on a human hands. Before that the Romans established scales and measures with differences were used in the world; things such as pound or yard or mile.

French revolutionaries, first of all, decided to change a right angle from ninety degrees to hundred units and they called it hundred grads. So round a circle becomes four hundred grads. And any circle round the earth, including the equator circle, will also be four hundred grads. Then they divided a quarter of that great circle of equator in fractions of ten until it became near the size of a yard. To do that one needed to divide the length of right angle into ten million. They created a rod of platinum in that size and called it one meter.

They created units of decimal fractions of one meter and units of decimal multiplication of one meter. Then they made a cube of water (kept at 4 degrees Celsius) with length at each edge equal to one tenth of meter (one decimetre) and called it one kilo gramme and made a platinum block of that weight as the new standard for weight. One gramme was a cube of water (at 4 degrees Celsius or centigrade, which was by itself an accepted scale for French revolutionaries) one centimetre in each edge.

Division of a circle into 360 degrees is due to Babylonians. They noticed that the sun rotating round the earth in three hundred and sixty days and nights to go back to its last year position in heaven at the dawn. They recognised it was more than that a bit and is actually 365 days and nights, but they ignored the fact and sacrificed it for the beliefs they had when playing with the numbers. It is natural that numbers counted with human fingers were deeply engraved in his mind. These numbers are from one to ten. 360 had all the divisors from one to ten except seven, and it was good enough.

They could not find a number that can add seven to other divisors and be near to 365 solar days. That brought the idea from the ancient times that seven should be a sacred number exempted from being a divisor and an exception to that celestial rule. Babylonian further divided each degree of 360 degree (each day) into sixty "minutes" and each minute into sixty "seconds" for further precision of their calculations. They had to do calculations in cumbersome 60 radix. To reward the resilience of seven they created "Week" which is "Seven" solar days and seven got its own and unique position of honour among the "ten" numbers. In this way each year is 52 weeks which is 364 days and more near to real solar year.

French revolution could not change number of solar days to 400 days and make the calendar decimal. They wanted to make things more precise not less. Hence, they left it as before. Day is divided into twenty four hours in accordance to idea of Babylonian such that each quarter of each day to be six hours and each hour to be sixty minutes and each minutes to be sixty seconds.

As astronomers were dealing with the solar 365 days they were reluctant to abandon 360 degrees and adopt the French revolution 400 grads and its decimal fractions. Changing astronomical and naval tables and charts of the world at that time was a formidable task if not impossible. Geometry and 'trigonometry' who were actually working tools of astronomers also remained to follow the old Babylonian style of 360 degrees for the circle. Most of the times they even do not need that and they use an intrinsic measure of angles called "radian." Still, all the calculators and computer programs are able to work with any of these three units of angles, though hardly one might find "grad" of any usage.

In my decimal calendar I have not divided the year into 400. I have divided it into twenty months. Each season has five months and year is consistent with real solar year from spring equinox to next spring equinox. Further I have divided each solar day into 20 hours instead of twenty four hours. Then I have divided each hour into 100 minutes and each minutes into 100 seconds. Hence my minutes and seconds are shorter and more consistent with modern usage of more precision in time. In this way each solar day is equal to 200000 seconds of my proposed clock instead of difficult to remember, 86400 seconds of conventional clock. You see in sports, for instance, that many fractions will not need to be used anymore in this way. Also a five days "Week" is created that consolidates the sacred days of Christians -Sunday-, Judaism -Saturday-, and Moslems -Friday- in a single ecumenical common day.

You can download a decimal clock of Messiah from (click) here. There is also a software for conversion of Gregorian to Decimal calendar for dates after spring of 2000, at the same place, or (click) here. You can see number of days in each month and more details of the calendar, there.

We understood why "7" became sacred. It was a resisting number among numbers counted with human fingers (one to ten) defying to be a divisor of three hundred sixty; hence, needed some appraisal, and gradually a sacred number. But why "thirteen" became a bad omen number? First of all, in a solar year astronomy, "ah, thirteen now is here after twelve and we do not need any more hands; kick him out!" Then, there were thirteen menstruations (something regarded painful and obstructive on the way of the full exploitation of female work force, and shameful) in one solar year. In the story of Jesus Christ, "Judas was 'thirteenth' and betrayed Jesus for 'thirty' coins."

As our Modern Messiah says, "It actually means, putting the Mithraist solar calendar of twelve months of 'thirty' days in place of Hebrew (Yehudi, personified as Judas) lunar calendar of thirteen lunar months. In reality of events happened to Jesus Christ, there was no Judas and there, no coins were involved." Hence, the "thirteenth" month became ousted as the traitor by paying back "thirty" days months. Also, bringing the festivities of Mithraism as birth of Sun at the winter solstice (Yalda in Mithraist native language), symbolised as the birth of Christ who was the Sun in the darkness. Story of attendance of three Mithraist priests (magi) on birth of Jesus Christ is evidence to such version. The darkness had been created by Anti-Christ, That caused the resurrection of humans at the Spring equinox (Noe'rooz, i.e., new era, in Mithraists native language) - resurrection of nature - symbolised as the resurrection of Christ.

Many Christians believed (as they vaguely remembered the fact that every thirty three lunar year turns back to a matched solar year) that there could be a year when Easter full moon (a lunar event) will coincide with vernal equinox (a solar event). Recent calculations (by NASA) shows such thing never happens except that in a remote future - perhaps in year three thousand seven hundred something) it might become as near as one or two days. All are the reasons for this version of the story. Discrepancies seen today, respectively for Christmas and Easter, with these two natural events are due to the lack of a good maintenance of calendar.

There are more reasons for these arguments as also Mithraists believed that in place of the kicked out thirteenth month, they should go out of their houses in the open fields on thirteenth day from the vernal equinox (to ideologically force people to accept sacredness of the Sun and their solar calendar) to make a fool out of the lunar thirteenth month calendar (reflected in the different cultures such as April's fool day). Further, they had the idea that all girls who have received menstruation in the last year should wish in this day when they are in nature outdoor for a future happy marriage, returning back that supposed shame to the nature.

If the question has ever aroused for you that why astronomical events are so important for humans, it is due to the evolution. As our Modern Messiah says,"You were a fish in the oceans and your head and hence your motion had been in the direction of your spine and in the search for the light. Therefore your eyes were created in front of the spine, looking aligned to it. You were taking the pictures from that direction and your mind interpreted them to spot the light, the food and the enemies. You used to use those patterns for planning of your navigation and motions, attack and escape. Your destiny used to become determined by events in that direction. Your mind is used to be careful in that direction. When you gradually changed to a standing mammal your face and your eyes turned ninety degrees and became perpendicular to your vertebrae, but feeling of eyes at its former position has remained as residue in your mind.

You still have the fear of encounter and joy of finding light and food from that position (parallel to your backbone). So human looks constantly, like having an urge, into the sky, especially, when it becomes dark and man becomes more fearful. He keeps the pattern of the sky in his mind. Uses that pattern for navigation as if still he wants to move in that direction and should be careful of events in that side as if they are in front of him. It is much simpler to memorise it than complex shapes moving in horizons in front of your standing posture. They are regular, and recurring and predictable in contrast to what you have in front. That even might gives a speculation that menstruation happens due to disappearance of the moon from the sky at the end of each fourth week. This period should exist residually in male of humans too."

It is also believed that the very first human utterance created, even commonly uttered by some advanced primates is "ha...ha" pointing to the scalp and is the root of our words such as hut, head, or high could be a witness to this reason. Also, you can think about the practice of all humans as a religious obligation or as a tradition to cover hairs or scalp by a hat and similar items, while that part is not in more danger than the other parts of the body.

Top
This page is under overhaul revision for fonts: 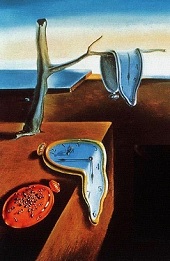 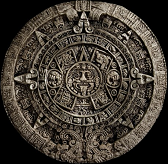 This page is maintained by Grant Hardy, an American engineer