Please note: This page is the content of "Women"

Cut an apple in two equal parts, but from its equator. Then you have two equal things which are not similar. To have an apple back you need to put them together.

One whole apple is only possible to have by having both those parts. One human entity is one apple not one half of the apple. Only one man plus one woman, combined, makes one human.

You cannot consider each part - man or woman - alone as a whole.

Some people tried to study why almost all couples sleep most of their bed times back to back to each other while a human couple is the only animal who makes love face to face.

Such a study is not necessary. Messiah says, "Two parts know they are one entity; therefore, when they feel that they are falling asleep they face towards outward to guard both sides of the combined entity against possible approaching enemies, dangers and attacks."

When couples become older they might lose their vigilance in that guarding instinct or innate call of duty and they fall asleep carelessly face to face in affection.

In story of St Julian, when he found his old parents face to face under the sheet, he speculated that a sinful face-to-face love making was in progress and committed parricide. They were old and they were tired out and fell asleep in that way.

Women have to reduce their physical activity to bring forth children and rear them after birth. This has given an opportunity to men to exploit them as an owned object not as an equal partner.

Limitation that exists on woman in creating one egg has imposed a similar limitation on man in form of creating millions of sperms. That is a limitation of power of each sperm. A man has to produce that amount of sperm to be able to create their offspring.

Woman is ready to create their offspring only during a short period in each month if many conditions become ready. One condition is that her couple always be ready in short notice and try it at all possible occasions.

Aim of the living nature, its only aim is to create more copies of each entity. Hence, power in nature means reproduction. That power is shown by the male part as being always ready to serve that aim. That is to be able to erect immediately and keep the erection until it meets the requirement of conceiving the female part. Hence immediate erection and showing it and keeping it more than other competing males became sign of power of potence and the leadership of clan of humans.

In nature there is no malaise, no fear, no shame, no anger nor any other emotion, no law no morality, no crime. There is only urge of reproduction. From that point other motions and emotions begin.

There is no nature out there. Man is the nature, interwoven with a new entity as mind and this mind is a the tip of what is called man or nature and everything else is at the back, behind him moving upward towards higher levels of existence.

Social structures of humans begin from that point. Reproduction in terms of nature means survival not the other way.

Male part of the human believed (believed means thought) he has no limitation and is more powerful. This is not natural or consequence of nature. Male knows that he needs the female part for reproduction. He needs that part that carries his replica to be protected and by seeing that particular one the joy of reproduction returns to him and has an urge to return to the lost paradise and become one full human entity. He knows he himself has fallen from that point at birth. He knows his duty is to care for protection of his own offspring at first place and later the others so human who is more evolved than other creatures of planet and at the tip of arrow of evolution creates a bound of family in a committed one to one bondage naturally and mutually monogamist and loyal. The reproduced one creates that bonding; similar to mesocarp of apple that creates bonding of upper half with the lower part. Pain of birth and chemistry of egg plus sperm creates order of taboos that later stages of development prevents committing incest between parents and children and among the siblings.

Those who might defend that nature has created man free from commitment, but female is chained by nature through pregnancy and rearing the child they got the idea from the point that they know each part of female-male human entity as independent complete units while they should consider the beginning of evolution for instance in a flower which is the reproduction organ of tree female part and male part make on organ while inside it the male part produces many pollen but female part produce one or only few eggs. Also pollen from the male part might conceive other flowers and trees far from its bonding entity.

That bondage in residual exists and being experienced in higher tiers of evolution.

Whatever already has happened in evolution and exists in any specie of living things including plants exist in human, too. Male knows that it is only a part of something, and female also knows that. It is a force not a choice. It is only a division of labour and a team work.

There is no chemistry of control for female that does not exist for the male. Female creates thirteen eggs in each solar year and a male billions of sperms to serve the reproduction at any probable moment. Both are ready for that service and experience the equal urge or what we call temptation. There is no coquetry in nature imposed on females. The residue of seasonal mating behaviour exists in mammals may become awakened and exploited as a control element in later stages of civilised man then defined as coquetry for female and pious behaviour for male.

One unit of human, that is, a male plus a female stays at home and the same unit also works out. Both collect berries and both are savage and confront beasts and move heavy objects. If the pregnancy aborts due to doing some rough and tough job it happens for both parts. For nature, nothing unusual has happened to care and establish a rule for it. Nature shrugs its shoulder. Next pregnancy of them or some other couples should compensate it.

None proves anything to the other part. Both parts experience menstrual cycles : male in residual similar to his breasts. Both feel crave when waiting for a child; male could be less sluggish to jump and bring some berries for quenching it. It is not because female is weak and dear and respectable or female is il gentil sesso - the delicate one. For the male, it is for his own crave, for their own common crave, reflecting as an urge in both to fulfil the demand of the growing creature in the womb; demand of the replica that stays in their place when they are not there. It is to feed that creature not the female or male. Female is the passage to that little one.

Both experience pain of delivery - male in residue. It is the residue pain of the wound a cell experiences when it cuts in two halves in process of reproduction. It is not a pain. It is all joy; joy of having a replica in their place.

It all goes back to the kinetic of a macro mega-large molecule when it falls into two similar parts. The pain is not in the female; it is somewhere. It is in an etheric, un-discoverable space. A space that has been created out of the billions and billions divisions of those molecules all over the earth from deep oceans and under the soil and each corner of caves of crevice to the top of the atmosphere. That space is the sanctuary of man. It is garden of Eden. It is the global mind of human and connect man to other humans and to every other living thing and to the entire universe and to its constituent.

Read  story of salmons in this web-site,   where you can discover that there is no individual salmon at the time of their reproduction to care for himself. All return to the spring and sanctuary of their birth heeding no danger on their way and joy of their reproduction mating is entwined with their apparent death, but they know that they all stay and live in their replicas.

Ants are one layer down in evolution and all are extended cells and parts of one reproducing organ and attached in their memory like a giant but separated nerves/muscular system.

Social structure man creates is the top layer of such hints in his evolution.

Jealousy of woman in monopolising her consort is also stems from the same economy lest her man evade his share of duty.

These are not Satan inspired jealousy that arises from social structure whence man wants destitute for other.

Religions normally avoid to create tumult in their environment and prefer gradual change and reforming rather than making the previous legal norms of the society upside down. Religions have two components. One is fighting with Satan and bringing hope happiness and god into the heart of human. The other one is legislation.

Their legislation is inspired by the time and place and influence of powerful civilisations around them.

These legislations will be interpreted by emerging new generations of believers and will be tuned by passing time and from place to place. There is no way to keep them perpetually.

Essence of religion, that is believing in god and having hope to meet him remains in heart of humans and help them to fight with their annihilating enemy, Satan. 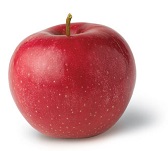 This page is maintained by the Lost Angel, an English angel.