These are plainly could be called as the "Inquisition Club" of proponents of neo-scholastic, that is, the modern science.

They have been changed to an anti-religion atheist cult who blindly worship anything that comes out as a scientific achievement without paying attention to its consequences, perverting, abuse or ethical background.

Say, while 300,000 tons of plastic has been sent to rest in oceans they deny the environmentalist alerting claims as void superstitious fear mongering.

Skeptics societies as part of their promotions advertise that they will investigate claims of ghost finders, UFO watchers and so on.

So, they believe that they are a group of scientists or orthodox scientific minded and want to prove that there is no UFO. It is called prate and carping quibble. Do not they know that in philosophy of science we do not have such an investigation. You want to prove that a non-existing phenomenon does not exist! Actually, those who believe in such thing should prove it. They have two ways: either they should use the scientific method and prove it and publish it with the same criteria and then other scientists around the world and in different times can check the validity of their assertion using the scientific method. Or UFO believers can ignore that method and just use old widows way of story telling or swearing by the stack of holly books that they are righteous, whence in such case that also becomes part of folklores of a group of people. There might occur side discussions related to philosophy, religions and sub-culture, sociology, and also marginal scientific discussions such as whether there is a likeliness of existing aliens in the universe or not. Then, where is your mission of duty among these, just taking memberships from border lines UFO-not-UFO simple hearted (junior

It seems that they have confused the meaning of skeptic with dogmatic. Skeptics means some one who has doubts about some dogma advertised by an orthodox base of authorisation. Some one who is on the side of that authorisation is called a dogmatist. A dogmatist uses all of his energies to prove those powerful dominant dogmas and any dogma that is supposed to be asserted by those centre of powers later, ahead of becoming powerful enough. For example genetic bases of some human features is a dogma (perhaps correctly) advertised by scientists who are centre of power. Ahead, before it has been realized skeptics defend that soon a gene manipulation can make interested paying people or their off-springs talented musicians. Sceptical means that one says that he doubts that genes has any role on any human feature at all (perhaps completely wrongly). That helps the human society to think more and grow with controversy. They are a group of sycophant cudgel bearers of a new royal court called dorky bullies of fossilised academia.

But at the end of the day they are just a club, and never have enough resources - money, people, time or enthusiasm - to investigate any paranormal or UFO claim.

As Homer Simpson says to Bart, “ My son, there is no such things as ghosts and aliens and Mummies and Eskimos.”

That finished affairs of skeptics. Now a little about some delicate points in language when lay and scientists may meet in discourse. 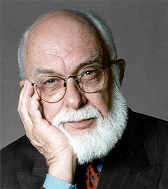