This page is of temporary nature. Such a discourse is not one of the concerns of Messiah Psychoanalyst mission. I wrote this as to clarify what is the realization of The Tower of Babel.

To make the long story short, Wikipedia is to write knowledge on the ice in a summer day.

Besides the intern, paid editors who could be remunerated for specific goals, it is very simple to fix sock puppets and privileged full time paid editors disguised as simple community members. That can be achieved by a process of "build up" during which the desired person behaves unbiased and gradually by acquiring reputation enters the desired edits and parts, from changing certain words (say he changes patriot to nationalist) to changing phrases as part of grammatical correction and then entire sentences until he can drastically change contents without receiving any serious counter argument or reversal of content with the power to bar the opponent ideas and locks the article against introducing any new changes (usually by receiving assistance from other confederates scattered similarly in the community).

For instance, entry for Professor Yang (of Yang-Mills theory) includes a sentence that father of the wife of this scholar has been a general affiliated to certain Chinese political party. One never can figure out what is the significance of this piece of information in life of such a person. Even your own father affiliation does not make you any iota near to have that inclination, especially in modern world, let alone the father of your wife.

I bet that if the ideology of that father-in-law was the other way that would be deleted as "non-related" or weak reference and other excuses of Wikipedia sock puppets.

That sentence just gives a small, slight and slick torsion and stacking them gradually points direction of minds towards desired goals beyond acquiring any knowledge.

If such examples so easily could be found where you are after hard objective science in Wikipedia, then what will you expect from Wikipedia pages on history, politics, arts, sociology and other humanities subjects?

Infinite similar examples clearly show that Wikipedia is part of the mainstream media with the same agenda of propaganda rather than providing impartial knowledge for humans.

It is difficult to believe that Wikipedia is innocently being exploited in this way by centres of power without its consent. Such a public sweetheart will not be left alone; such a colossal machine of misinformation will not be left to dry run all the time. In contrast, could be speculated that, Wikipedia is established and funded only for such a goal.

If you believe there is a community of diverse and even frequently adversary and antagonist to each other of editors who keep the altar well-guarded, perhaps you need to consider that there are a bunch of ordinary people who give free of charge ideas to behind the curtain editors and sock puppets and being exploited to be toiled.

Impartiality is not what the all-prevailing Satanism to follow.

As in most searches through the search engines it comes at the top of the first page of results, Wikipedia creates chaos and mistrust in information and blocks the correct path to acquiring genuine, healthy knowledge; monopolising such an endeavour when one is in search of entries to such realms; easily allows gossips, hearsay rumours and inflammatory materials at the time that Internet ever increasingly becomes more important than before and gradually replacing referral to hard paper-printed sources of knowledge.

Wikpedia brings about provocation by allowing nimbly manipulated articles, or to nimbly manipulate the articles and irreversibly makes people infamous and smears people and their works and by preventing to amend such types of writings.

Wikipedia actually creates a "frame" problem for most of the less experienced learners, makes them indecisive in selecting the right piece of information, ramifies their minds into destructive or at least useless schism; that is, The Tower of Babel.

Encyclopedias are written by consuming of life time of the dedicated scholars who also needed to be generously paid, and correction of entries will be done by face to face discussions of criticising scholars. 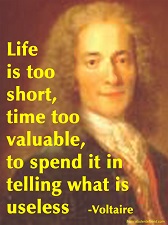