This article concludes to summing up that Mr Sokal was not justified and winner side in his hoax.

Professor Sokal has written a pseudo-paper, a hoax funny paper full of non-sense for a journal and they have published it without noticing that it is a non-sense type of material. It seems that they even have not read the content at all, except perhaps for some typographic errors. Let me investigate this affair in my own way.

The journal is a cultural journal focusing on the ideas of post-modernism. Professor Sokal is a professor of physics, mathematical physics, such things.

Modern era in Mathematics begins from the time of Napier, Cardin, Descartes to the time of Hilbert. With Hilbert we enter into the post-modern.

Modern music begins in sixteenth century with usage of modern five-line staff to the era of jazz. With jazz we enter the post modern.

If you assume beginning reign of Elizabeth, the First, as the beginning of modern era and end of Victorian reign in Britain as the end of modern in culture (if you are used to recognize history by the reign of a ruler then remember these two ladies) it is safe to know this period, overall, as the modern era. Yes, before that we have some preparing decades and after that we have some resistances. After modern era we enter into the post modern. Overall, at the time of writing this article, it is now a century that we are living in the post-modern.

We have a galaxy of names as beginners of “modern” and as beginners of “post modern.” We also have other types of historical divisions in music and philosophy and paintings and literature and similar studies. For example, Baruch era or era of intellectualism, era of enlightenment. I am not writing an encyclopaedia here.

"See, modern era is very mechanical, very realistically tangible clock working, very photographical picturesque type - look it from the aforementioned definition of modern era in painting - post-modern, on the other hand, is transcendental ascending human mind. Human mind is next step of evolution, independent of mechanics of nature. This can unify things. This also puts modern physics as part of the post-modernism." Said Messiah.

Later, Dr Sokal has published the instances of the "non-senses" that he purposefully had introduced as a hoax, crammed, in his article for the post modern cultural magazine and explained what they bear in their meanings that make them non-sense. He complains that the magazine could not recognize those instances as non-sense hoax and did not, accordingly, reject the entire essay as being unsuitable for printing. Magazine then publicized their own reasons for printing the article without first doing much scrutiny on the content as they should do in the process of editing the article. Later I'll come to them. The net idea of Mr Sokal is that in the realm of culture, philosophy and humanities one easily can say anything sensible or non sensible, and one will print them without any criticising and reconsidering the content and some people read them and perhaps some people make them the basis of their overall outlook to the affairs of the world and perhaps some people become fans and fanatics and followers of those "non-sense" ideas. If Mr Sokal has not declared this far it is because he is not familiar with philosophical reasoning. (Proof by contradiction!) (I do that job for him.) One day a group of these fanatics gather and destroy another group of fanatics who similarly are created on some other kind of non-senses that they might have followed (using tools provided by Mr Sokal and his colleagues in Los Alamos or other places based on rigorous ideas of Mr Sokal kind of people).

The target magazine has cleared why they have published the article. The magazine knew that the article was loose in content to some degree. They noticed that Mr Sokal was terse and nervous and shaky about assessment of the article. They frequently contacted him to discuss the quality of the article further without much settlement. They interpreted that nervousness in a very human way. Nobody ever has recognized it, besides this website. They just got the idea that Mr Sokal had not enough familiarity and fluency in that kind of subject and seeking genuinely for an entry stage for show and building his confidence. It is very natural that physicists and mathematicians cautiously approach these arenas. In a philosophical discussion of Planck with Einstein we frequently hear from Einstein, "das kann nicht sagen." without further elaboration. There have been scientists, in particular there have been mathematicians, with deep education in philosophy. Plato believed without mathematics nobody should enter his academia. There have been Descartes, Liebnitz, and the greatest of all Bertrand Russell as both great philosophers and great mathematicians. But many other scientists have had philosophy as intellectualism rather than their endeavour. They should be welcomed to put forward their propositions. That can soften and homogenize the diverse fields of human intellect towards unification, especially at the present time with such explosion of human knowledge and noisy channels of communications between them. This, I believe, was behind acceptance of the article without ever explicitly being publicized; as I could understand by considering the environment of the event. This is part of Americanism; give opportunity, perhaps it woks.

The target magazine has replied, convincingly enough, to the circumstances of the hoax without mentioning this motive to be put forward, but it seems that Professor Sokal cannot hold himself not to enjoy from his achievement. He perpetually has attached to his proposition that cultural affairs are non-sense without any intelectual basis.

There are some students in schools, doing inconsequential things, people know them as jerk or dork. They pin, say, a piece of paper to the back of a simple hearted fellow, writting some funny things on it, then when the target moves around they laugh and enjoy. They become terse and nervous if they feel the target might become aware of the hoax before and meanwhile that he is going into the public or if a kind-hearted person notices and informs the victim. That could ruin all the plans that they should have for few funny minutes.

Among the things that he is describing as non-sense, Dr Sokal mentions some sentences that shows his familiarity with extent of human knowledge. For example he says that the target magazine could not understand that Sokal's proposition, "The gravity is not objective" is non-sense. Sokal's reason is, "since if anybody has such a belief could go to Sokal’s apartment at twentieth floor and test it" by throwing himself down and check if the gravity is objective. Regretfully, the editors of the journal admitted that such a test exists. Such a test does not exist. Sokal has confused arena of human knowledge with the year one students of physics hackling him. It is famous that when Dr Samuel Johnson heard about Berkeley's philosophy he kicked a stone to disprove it. Dr Johnson had heard that Berkeley believed there was not anything real out of human mind. Of course, Dr Johnson was famous as being very congenial and he did not mean hoaxing Berkeley. Kicking of Dr Johnson did not settle anything since we do not have any proof that Dr Johnson and the stone and pain of kicking exist out there. This was the Berkeley idea. It is called idealism. It means the world out there is made out of realities and no reality exists out of our mind. And if one falls from Sokal’s flat there remains no mind and there remains no world. (You can write an advanced directive or a will that let the world remains after you.) Dr Sokal has made the test more difficult than Dr Johnson's test in a hope to win this time.

I am not much familiar with Sokal affairs. People can find it on the Internet and do their judgement. But I have a colleague, Professor Showal who I am more familiar and he is doing similar hoaxes that I investigate hereafter.

My friend, professor Showal, and from this point onwards I omit the title professor, due to being lazy, and he knows me for this laziness is also a teacher of mathematics physics. Read more, please. 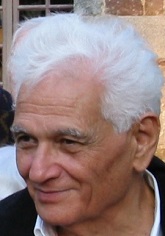 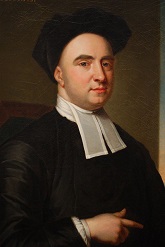